Gallium oxide is white powder, which is a kind of wide bandgap semiconductor. The other names are gallium(III) oxide, gallium trioxide, digallium trioxide.  Ga2O3 does not dissolve in water, but faintly dissolve in hot acid or  aqueous alkali. It can react with fluorine and form GaF3. When dissolve in 50% HF, GaF3.3H2O form.  Gallium metal is the raw material for Ga2O3. Under heating condition, Ga2O3 can react with many metal oxide. Gallate ( M(I)GaO2) by compounding with alkali metal oxide get same crystal structure of Al2O3 and La2O3. It compounds with MgO, ZnO, CoO, NiO and CuO, which form spinel type M(II)Ga2O4. FeGaO3 has interesting electromagnetic property(that is piezoelctricity and ferromagnetism), which get widely studys. 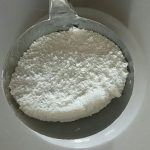 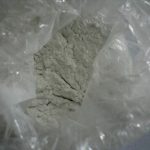 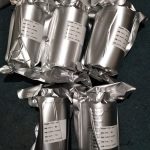 Gallium trioxide powder can grow into monocrystal substrate like tellurium dioxide. It is also raw material for gallium trichloride and gallium trifluoride hydrate.

This website uses cookies to improve your experience while you navigate through the website. Out of these, the cookies that are categorized as necessary are stored on your browser as they are essential for the working of basic functionalities of the website. We also use third-party cookies that help us analyze and understand how you use this website. These cookies will be stored in your browser only with your consent. You also have the option to opt-out of these cookies. But opting out of some of these cookies may affect your browsing experience.
Necessary Always Enabled
Necessary cookies are absolutely essential for the website to function properly. This category only includes cookies that ensures basic functionalities and security features of the website. These cookies do not store any personal information.
Non-necessary
Any cookies that may not be particularly necessary for the website to function and is used specifically to collect user personal data via analytics, ads, other embedded contents are termed as non-necessary cookies. It is mandatory to procure user consent prior to running these cookies on your website.
SAVE & ACCEPT
Open chat