Gallium metal is silvery white minor metal with low melting point and high boiling point, which is liquid when temperature above 29℃, but solid when temperature under it. It is also soft even when solid.Ga is avaliable in liquid, solid, granule. Liquid gallium tends to undercool that mean it would’t solidify even temperature under 0℃. It slightly dissolve in mercury and form gallium amalgam. Liquid gallium can infiltrate glass, so it cannot use glass container to store. 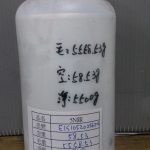 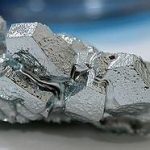 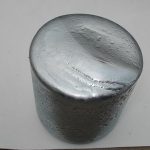 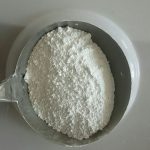 Ga element with purity 99.99999% is main raw material for gallium arsenide, gallium phosphide and gallium antimonide. Gallium Arsenide is raw material for a kind of solar cell, which is with good heat resistance and radiation resistance.  CIGS thin film solar cell is the third solar cell. Those are for LED and infrared device manufacturing. 8N Ga metal is mainly for preparing superlattice as gallium source of MBE, quantum well and other advanced semiconductor deveices.

High purity gallium liquid metal can be as additive for permanent magnet material and other alloys. It is also raw material for high purity alloys.

Ga, In, Tl, Sn, Bi, Zn could form a serie of low melting alloys with melting point 3℃-65℃. They could replace mercury in temperature measurement, as  metal coatings, cooling cirucit of electronic industry and nuclear industry. For example 25%In-Ga alloy melt at 16℃, which could be for automatic fire extinguishing device. Ga, Cu, Ni, Sn, Au could form cold soler, which is fit for special-shaped thin wall and cold soldering and filling empty hold among metals and ceramics.

High purity gallium metal could be dopant for germanium wafer and silicon wafer.

This website uses cookies to improve your experience while you navigate through the website. Out of these, the cookies that are categorized as necessary are stored on your browser as they are essential for the working of basic functionalities of the website. We also use third-party cookies that help us analyze and understand how you use this website. These cookies will be stored in your browser only with your consent. You also have the option to opt-out of these cookies. But opting out of some of these cookies may affect your browsing experience.
Necessary Always Enabled
Necessary cookies are absolutely essential for the website to function properly. This category only includes cookies that ensures basic functionalities and security features of the website. These cookies do not store any personal information.
Non-necessary
Any cookies that may not be particularly necessary for the website to function and is used specifically to collect user personal data via analytics, ads, other embedded contents are termed as non-necessary cookies. It is mandatory to procure user consent prior to running these cookies on your website.
SAVE & ACCEPT
Open chat